I'm a Scientist: Supported by Wellcome and UKRI
Skip to content

About the Electromagnetic Zone

The Electromagnetic spectrum (EM spectrum) is how scientists describe the range of different frequencies of energy released and absorbed by objects – most familiar to us as the visible light we can see and the infrared heat we can feel from the Sun. The scale starts off with long, low waves known as radio waves and as we move up the scale the wave lengths decrease until we get to the shortest wave lengths which are known as gamma rays. 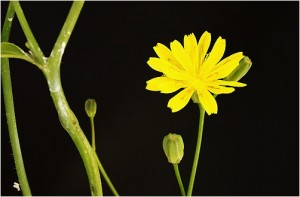 There is a lot more to the world we live in than what you and I can see. Human eyes can only process EM waves within the ‘visible light’ range. However, not all animals can process the same part of the EM spectrum: bees are able to see some of the UV wave length.

For the parts of the EM spectrum that we can’t see, we have to design and use technology that can. Each wavelength is more suited to looking at particular scales of objects; long radio waves are suitable for probing deep into space at far off planets and black holes and x-rays in massive synchrotrons are used to diagnose subtle engine faults in F1 engines. 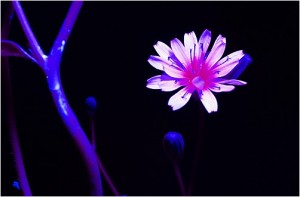 Some scientific areas such as astronomy or materials science rely on using multiple wave lengths to reveal details about an object. Each image is laid on top of another to pick out different details such as what it is made of and hot and cold spots. All this information can give a more ‘complete’ picture and improve our understanding.

The scientists in this zone are doing research involving different parts of the electromagnetic spectrum. One scientist builds the instruments astronomers use to detect all types of the spectrum coming from space and another scientist is using this information to investigate distant black holes and neutron stars, whilst another is using the same radio waves to look inside human bodies and help treat cancer. The other scientists are looking at visible light in very different ways: one is using light to create unbreakable codes for encrypting information and another is trying to understand the strange way that a beetle’s shell reflects light to produce brilliant colours.

ASK the scientists any questions you have about science.

CHAT with the scientists in a 30 minute long text chat booked by your teacher.

VOTE for your favourite scientist to win a £500 prize to spend on communicating more science.